Jordan spends more than 12 percent of its gross domestic product (GDP) on education, more than twice as much as countries like the US and the UK. School-aged children make up a large part of Jordan’s fast growing population. Every other inhabitant is under 18 years old1Around 37 percent are under 15, Annual Report 2014. More than 2.12Impact of Syria Crisis on education in Jordan (2015-16) million students are enroled into formal primary or secondary education. The national education system in Jordan consists of four stages: pre-primary (kindergarten), primary, secondary and higher education.3In addition to public schools there is a big well-run private school sector. There is mandatory schooling until the age of 15 and the majority of children attend secondary school. There is a well-developed private school sector but more than half460 percent (Impact of Syria Crisis on education in Jordan (2015-16)) of the students are enroled into public schools.

Public schooling in Jordan is contributing greatly to educate all children. However, it struggles with its own challenges to meet the needs of modern education. The main problem is the lack of capacity – in the form of teachers, space and materials – and school infrastructure. In many cases the furniture is worn down and key equipment is missing.

Now, with many new registered Syrian students being granted access to public schools by the Government of Jordan, these existing challenges are compounded. There are 232,940 registered Syrian school-aged refugee children5UNHCR 2017. Jordan has integrated the majority6143,259 children enrolled into formal education (Impact of Syria Crisis on education in Jordan (2015-16)) of them into its education system – a huge accomplishment in a challenging situation. But many schools are struggling to cope with this large number of students and the resulting pressure on their resources.

Scroll to find out about the main challenges of Jordan’s public schools!

The boys school in Som struggles with limited resources

In the north of Jordan, the boys school in the village Som is struggling with these challenges. Most of the classrooms are overcrowded. Water, especially for the bathrooms, is very limited. The school’s heating system is very rudimentary; it consists of a limited number of simple heaters. During winter it’s very cold, so sometimes the principal is forced to send the students home. Moreover, there is a lack of desks and chairs for the classrooms. To overcome this issue, headmaster Ma’abrah proposed that students create new pieces of furniture from old ones in the carpentry workshop.

“My school needs more teachers, more classrooms, and a fence to keep the neighbours’ goats from entering the school yard. But most important would be an additional water tank. During school time we sometimes have to close the bathrooms because there is no water available.”

Shaman Ma’abrah // Headmaster of the single-shift school in Som

Watch pictures and a video of the single-shift school in Som.

Hear the challenges of public schooling and the actors’ hopes!

Jordan has managed to provide formal education to over 160,000 Syrian children in camps and communities. This would not have been possible without the help of international donors. In May 2016 the EU, Germany, Norway, UK, and the US announced a grant of 57.7 million Jordanian Dinar ($81.3 million) for the 2016/2017 school year to ensure every child will be educated. With the donors’ financial help an additional 50,000 Syrian children will be placed into formal education.

The Government of Jordan and in particular the Ministry of Education cooperates with international NGOs, which are supporting Jordan in providing education to all vulnerable children including USAID, Save the Children, Madrasati, and UNICEF. In addition to formal education, which is offered to registered refugee children, the government provides non-formal and informal education. There are different programs targeting unregistered refugee children, recent dropouts or those who have been out of school for more than three years. They provide different services such as evening and summer studies as well as vocational training and life skills programs. 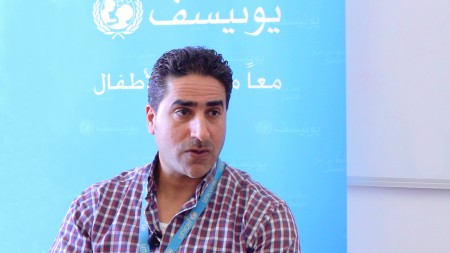 “We want to ensure that all vulnerable children in Jordan have education opportunities.”

Madrasati, an initiative of Queen Rania of Jordan, has achieved a lot at in public schools. Madrasati means “My school” and the organisation aims to improve the physical and educational learning environment in Jordan’s most neglected public schools with the help of resources provided by individuals, businesses, and other organizations.

One means of support is through infrastructure services, including school renovation work, free school supplies and study materials. Another is through a variety of programs that Madrasati runs in schools to foster a sense of safety but also to increase the efficiency of learning. These programs include seminars for teachers, youth clubs, or remedial centres on Saturdays involving interactive teaching methods. The idea is to give students the opportunity to learn and grow in a safe physical environment. 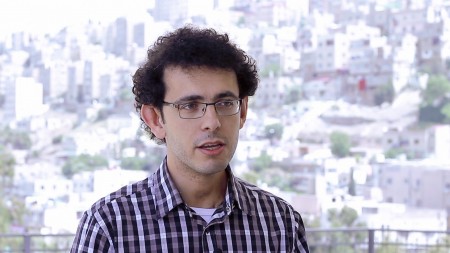 “We try to generally improve the school’s atmosphere. We have a lot of projects which integrate the Syrian students. For example, the remedial centres.” 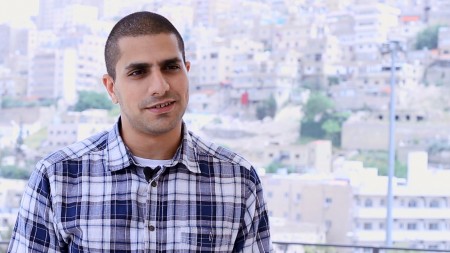 “What I like about my job is to be on the field, seeing the effect of Madrasati’s work.”

To meet the increased demand for education and to accommodate Syrian students into schools, the Jordanian government has taken advantage of the double-shift system. Around 100 public schools across the country now operate in double shifts.

Double Shift Please have a moment of patience