Jordan’s history is characterized by a massive influx of refugees

Based on the influx of refugee children from neighbouring countries, the Kingdom of Jordan has been facing overcrowding at schools. Jordan’s Government introduced the double-shift system in 1960 as an approach to solve this issue. The system has helped to provide more vulnerable and refugee children with education. Nowadays there are 100 public schools in Jordan that operate the double-shift system.

To help us further understand the current situation, let’s have a closer look at Jordan’s location and history: The small country is located in the Middle East. Jordan’s recent history has been shaped by conflicts in the region and in bordering countries and the resultant influx of refugees, which causes constant pressure on the country’s political, economic, social, and educational infrastructure.

Population growth
In 1948, two years after the Kingdom was established, the Arab-Israeli war triggered a massive flow of Palestinian refugees into Jordan. In the wake of further wars in neighbouring countries, more Palestinian and later predominantly Iraqi refugees reached Jordan. Due to these multiple refugee waves, the Jordanian population has increased from 1.2 million in 1946 to 7 million before the outbreak of the Syrian civil war in 2011. Since then more than 5 million people have fled Syria and the Kingdom of Jordan is currently hosting approximately one-quarter of those, around 1.3 million of the Syrian people, a staggering number for a resource poor country like Jordan – one of the most arid countries in the world.1UNHCR, Syria Regional Refugee Response Data Portal

Unsurprisingly, construction in Jordan’s capital city of Amman is booming. Being historically built on seven hills Amman now extends to over 25 hills and is still growing. Amman’s population increased more than fourfold in the last 12 years but experienced the biggest population growth in the last five years after the Syria crisis began.

Watch the video of Amman 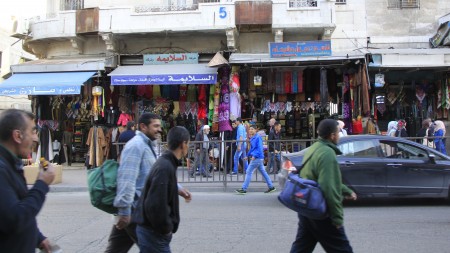 Amman is one of the oldest cities in the Middle East. Today it’s a buzzing hub of many cultures and identities. Currently every tenth inhabitant of Jordan’s capital Amman is a Syrian refugee.

Most Syrian refugees are living in the north of the country

Not only Greater Amman, the capital of Jordan, accommodates Syrian refugees but the whole northern region including Irbid, Mafraq, and Zarqa. In total, Jordan has taken in 1.3 million Syrians of which only 650,000 are registered as refugees by UNHCR. Approximately 80 percent of refugees2UNHCR are integrated in cities and villages, living in so-called host communities. Most of them are in the industrial areas in the north, as these are the places where it is possible to find work. This leads to an agglomeration of Syrians in specific places. The remaining 20 percent of registered refugees have found shelter in refugee camps such as the well-known Zaatari camp. Integrating all refugees into the Jordanian society is a very difficult task, but the Jordanian people are committed to making it a reality.

“The influx of refugees put a lot of pressure on Jordan’s infrastructure.” 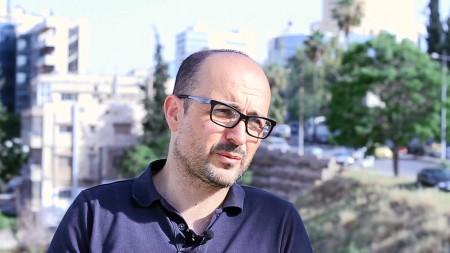 “As a designer I am interested in contributing to urban life, helping people with mobility and to access transportation.”

The resource poor country copes with a lot of challenges

Since its foundation in 1946, Jordan has been a resource poor country. It does not have indigenous oil sources – in contrast to almost all other Arab countries – and is one of the most arid countries in the world. Its infrastructure struggles to cope with the population increases in the last decades and the political instability in surrounding countries is considered to be an obstacle to growth of trade and tourism. Despite these challenges, which were there already before the Syrian conflict, Jordan invests great efforts to host and integrate as many Syrian refugees into the society as possible. This affects a great number of areas. A closer look at the public sector reveals overcrowding and lack of resources as the main challenges to integration. Public schools are now accommodating even more students, putting a greater strain on teachers and materials. Despite facing these obstacles, Jordan continues to reach out to all out-of-school children and does its best to provide access to formal education. 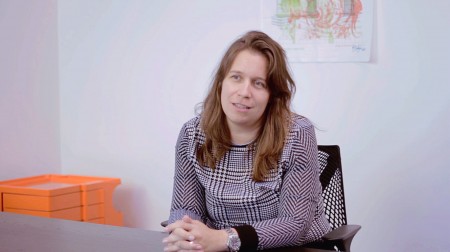 “Jordan has a number of underlying challenges that were there before Syrians moved to the country.”

Double Shift Please have a moment of patience